Available Now! The ebook bundle of the first 3 Into Death novels: as "Into Death". Published November 28. Miss Beale Writes: a mini series of novellas with a gothic touch. First Up: The Dark Lord.

A Game of Hearts

A Game of Hearts with Four Couples
In Regency England, red-blooded commoners have difficulty opening the doors of the blue-blooded haut ton.


A Game of Hearts with Rafe & Maggie

Self-made man Rafe Lockhart needs a titled wife to give his daughter Connie the society debut she has dreamed of. A quick marriage to Lady Margaret Symonds, widow of an earl, is the answer to his problem.  Her beauty and wit sweeten his plan. 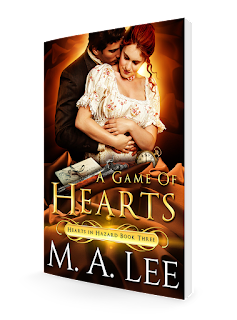 Maggie Symonds suffered through twelve years of an emotionally abusive marriage after a rake ruined her during her debut.  She hesitates to enter another marriage, especially to a man whose wealth is the sole reason that society accepts him.  Yet financial difficulties and her own budding attraction to Rafe drive her to accept his proposal.

Maggie’s confrontation with Rafe’s mistress is the first blow.  The second comes with Rafe’s suspicions that the rake has lured Maggie back into his bed with protestations of a resumed love.


A Game of Hearts with Roger & Connie

Falling in love with his employer’s daughter Connie was not Roger Denby’s biggest mistake.  No, that mistake was giving her a taste of passion.  When he rejected Connie, he then had to watch her pursue a gentleman who might be charming her into a snare.

Did he drive her into that relationship by awakening her desires?  All Roger knows is that he still yearns for Connie.  How can he prevent her from ruining herself?

Connie Lockhart knew the walls between her and Roger Denby:  She was not yet eighteen.  As the boss’s daughter, she was as far out of his reach as marriage into nobility was out of hers.  She thought those walls tumbled down when he kissed her.  Yet he rebuilt them even higher than before and returned to being only her watchdo
g.

Believing their relationship hopeless, Connie pursues a titled gentleman who is no longer out of her reach since her father’s marriage to an earl’s widow.  And revenge on the snobbish society darlings seems especially sweet.


A Game with Four Hearts

Richard Malbury flatters Connie.  He seems charmed by her.  Marriage to him is preferable to a fruitless love of Roger.

And then Rafe is suspected of murdering a valuable employee, and this Game of Hearts turns more dangerous than Rafe & Maggie and Roger & Connie could have anticipated.

A Game of Hearts is a sweet Regency romance.  View the Trailer 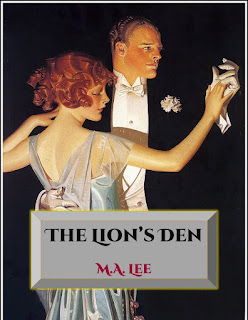